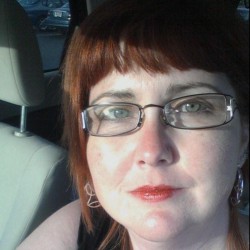 Shanna just finished her preliminary exams for her doctoral program, and boy is she tired! She also went up to Detroit to see Gary Numan in concert on November 30 to celebrate.

NaNoWriMo! She won on the 21st and is currently at 90k and still going. And she still doesn’t have an ending …. Work continues to be good but busy. And the house renovations have not stopped but at least the toilet is out of her dining room. Now she just has a sink in two pieces and the room still needs to be painted and finished …

Sexual Harassment Allegations Come Out of the Woodwork

We spent a lot of time on this one, because apparently a lot of men in Hollywood are creeps – so many, in fact, that Janet felt compelled to keep a running list. In terms of the effect on fandom, we spent the most time discussing Anthony Rapp’s accusations against Kevin Spacey, the accusation against George Takei, and Louis C.K.. In particular, we talked about the victim-blaming lobbed at Rapp by the public, such as this, this, this, and this. We also gave Rapp props for his great attitude about the whole thing.

So why do some people get away with this kind of behavior and others don’t? And are there effects beyond the individuals involved? Shanna schooled us on “death of the author” may be a factor. She also explains how a case like Lauer’s can help to reinforce patriarchy through gatekeeping practices in terms of determining what stories are covered in the news as well as how they’re presented.

Relatedly, ’tis the season for the controversy surrounding this old holiday standard, which has now come to be regarded as a marker of rape culture. A Tumblr post has been circulating that offers a different – but no less problematic – reading of the song, and Shanna makes a connection to a possible new reading of Han Solo and Princess Leia’s first kiss in The Empire Strikes Back.

On a completely different note, Shanna got to reward herself for all her hard work by seeing one of her all-time favorite artists, Gary Numan, in concert in Detroit. Most Americans think of him as a one-hit wonder with “Cars“, but he’s actually had a 40-year career including the release of 21 albums. Shanna talks about why it’s awesome to be a Numan fan, as well as developments in his career such as his being blackballed from the Billboard dance/electronic music charts possibly being a result of systemic ageism. Numan has also been in the media recently discussing the lack of originality in music today as well as his struggles with Asberger’s syndrome and depression. Shanna recommends reading Numan’s autobiography if you want to learn more.

Janet and Shanna discuss the upcoming holidays, as well as how freaking awesome it is to be a fan in the months of December and January with the coming of Star Wars: The Last Jedi, Season 11 of The X-Files, and the second half of Star Trek: Discovery Season 1. We’re also pretty stoked about Netflix’s announcements that they’ve green-lit both a spin-off of Riverdale involving Sabrina the Teenage Witch and Season 3 of Stranger Things. It’s definitely a great time to be a fan!

So how do you, as a fan, react to what’s going on? Tell us in the comments, if you like. Or send us a note!

Thanks for listening! So our show would not be possible without the help, kindness, and generosity of some truly wonderful people. First of all, we would like to thank Busy Little Beaver Productions and more specifically the G & T Show for giving us this great opportunity. We would also like to thank our music providers, Cerys and Kailani of Invocation Array. Thank you, ladies!

Finally, thank you, our audience. Because you’re why we are here. We do this for you.

Yes! We will have another show (at least, we’re planning to unless the Farshtinkener Sharks get us first) before the end of the year.

Finally, please check out these links to everything we talked about!

Sexual Harassment Allegations Come Out of the Woodwork

While you’re here, please check out our parent show and the links to our sister shows.

Thank you SO much, Cerys and Kailani!

And Mike is a published author, too! Please check out his work. It’s just wonderful.